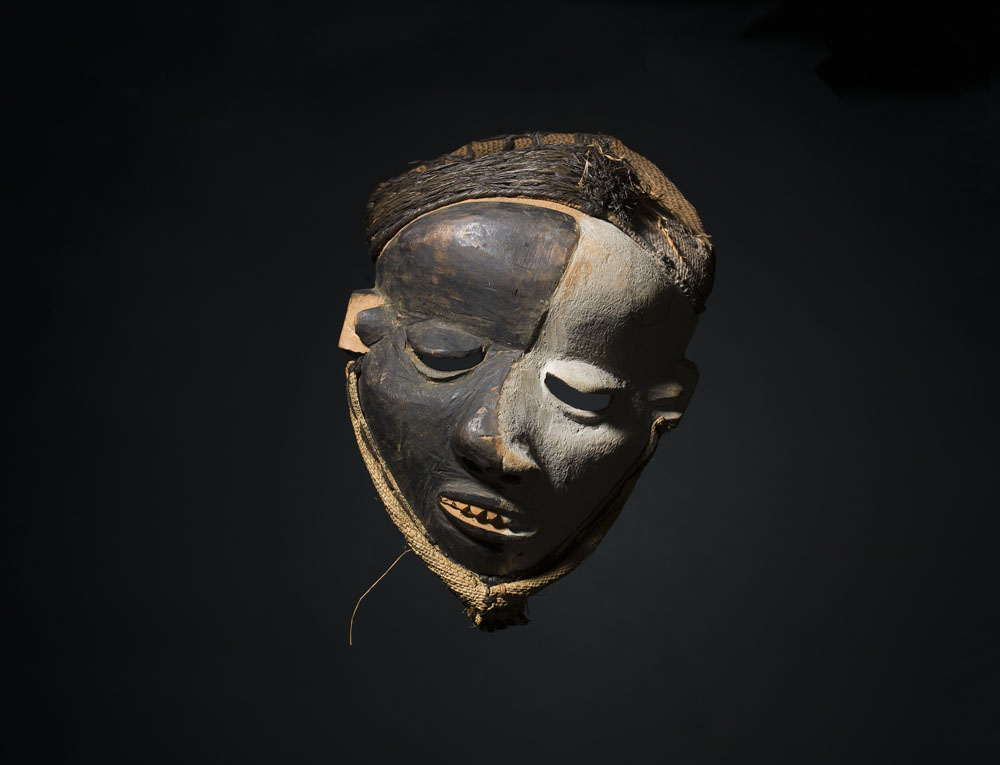 So, I don’t know about you guys, but often when something bad happens to me, I can’t help but wonder: Why me?

Personally, I think the Pende people from DR Congo have come up with an answer that makes just as mush sense as any I have ever thought of, however strange it might sound at first. You see, the Pende understand sickness as an expression of either black magic or punishment from the ancestor spirits.

Now, I know you might all think “So Emma – do you really think black magic makes sense?” To answer your question, yes I do! And here’s why:

For the Pende people black magic provides an explanation of the causal relation between the illness and the ill – it is not an explanation of the sickness or misfortune itself, rather it refers to the “why me?” part of an illness, something Western medicine has never been able to explain.

To the Pende people this type of mask, with its black and white painted face, suffering from disease, serves as a reminder to respect community laws and obligations – and thus not to upset the ancestor spirits.

If you would like to know more about the belief in magic, I highly recommend reading Edward Evan Evans-Pritchard’s Witchcraft, Oracles, and Magic Among the Azande. When the book was published back in 1937, it was truly groundbreaking in its ability to demonstrate how the Azande’s belief in witchcraft and magic was not just meaningless superstition, but actually a central part of a rational epistemology and a functioning social order.