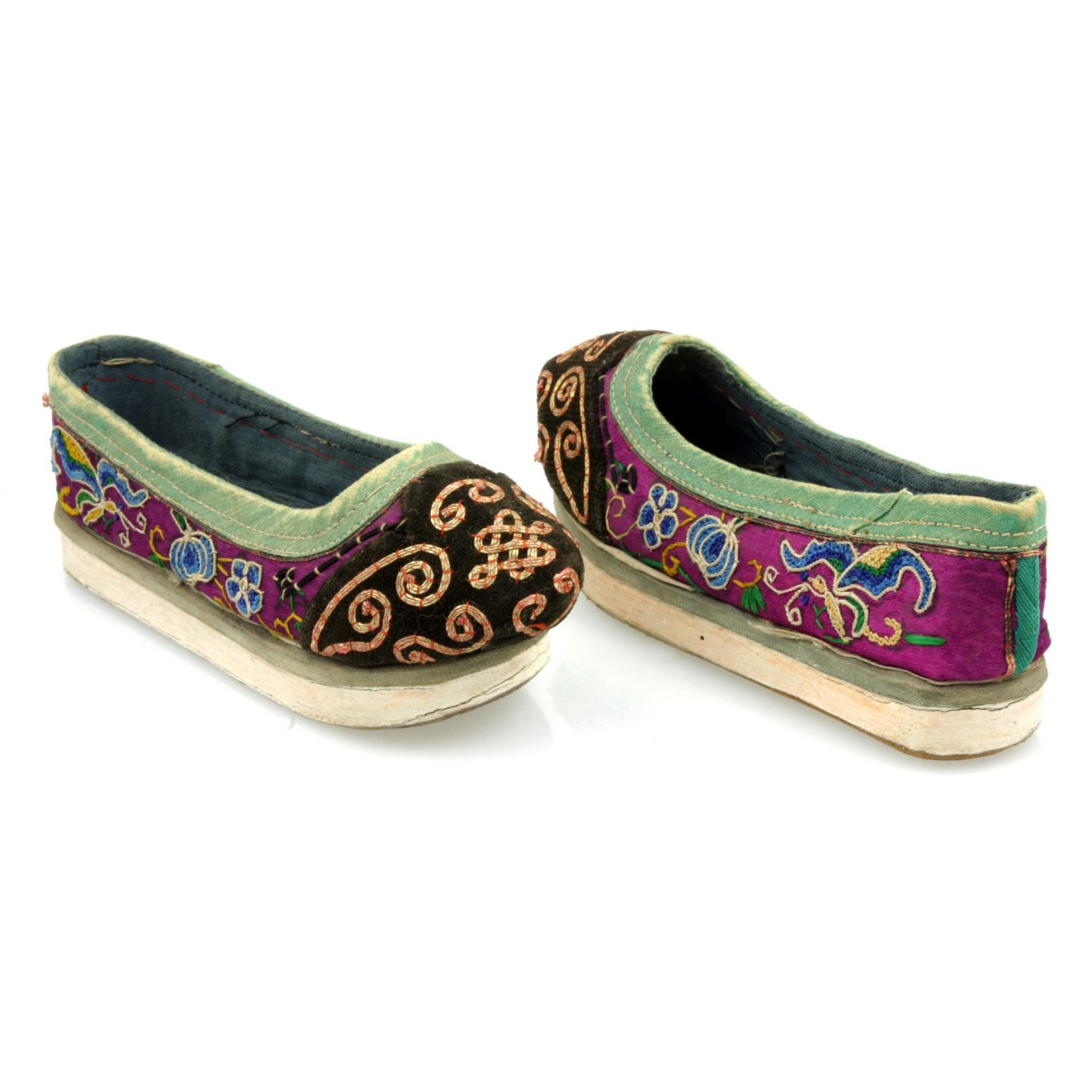 From traditional lotus shoes to these ballerinas, Tuxen’s shoe collection also contained children’s footwear of Asian traditions. Read his notes to learn which insect the shoes are meant to resemble:

“Chinese children’s shoes. Bought on September 12th, 1957, by antiques salesman Suude in Copenhagen for 20 Danish kroner. Sole of cork, very thick; embroidered silk – black and gold on the tip, blue on red on the sides. Probably quite modern, but this pair is not likely to have been used. Originating from engineer Idor Zieler, who lived in and travelled Siam and China in 1923-51.”

“On September 7th, 1979, Miss Yua told me the shoes resemble a butterfly, which meant good luck during the Ching dynasty 300 years ago.”

If you are also into shoes, you can read more about Tuxen’s collection in this post.