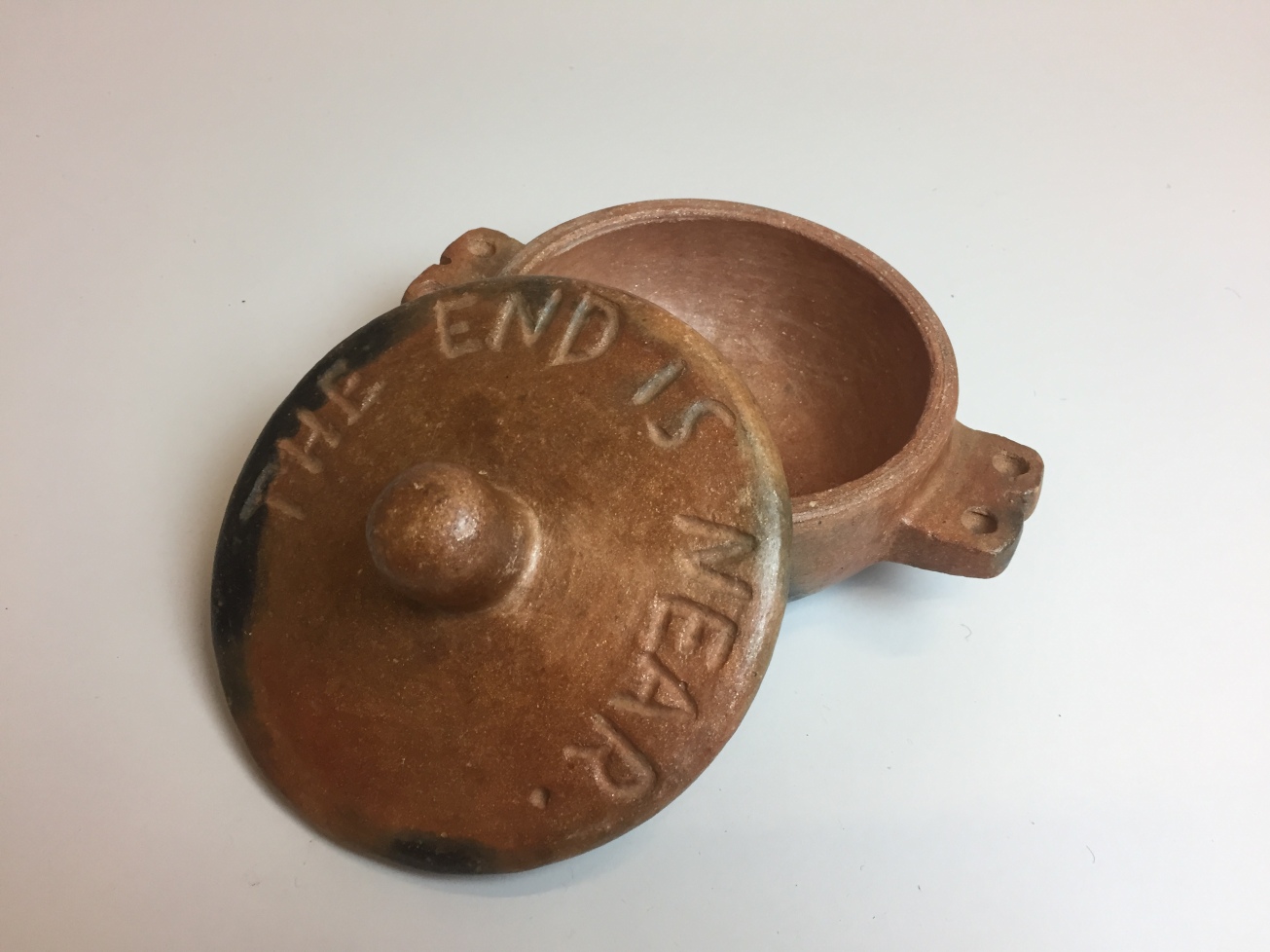 “THE END IS NEAR” reads the text on this Zambian clay pot. Why this doomsday message? Because the pot was made in Zambia at the end of the year 1999, when the world was swept up into Y2K panic and fear that the year 2000 would bring worldwide computer meltdown and possibly a subsequent apocalypse.

The pot was a gift from a Zambian couple called Belita and David to their friend Ole Mortensen, who worked in Zambia in the 1970s and who stayed in contact with his friends there in the subsequent decades after he returned to Denmark. It was recently given to Moesgaard Museum by Mortensen’s daughter, as part of a small collection of Zambian items.

Luckily, our satellites and computer systems survived the coming of the new millennium, and Belita and David seems to have been aware that the message on the pot might have been slightly over dramatic. As they write in a letter to Mortensen:

“[We] are sorry for the writings on the items. If they offend you, just fill them with saw dust mixed in glue”.

Luckily, Mortensen did no such thing, and now the pot is here as a reminder of a strange and uncertain time, but also of a time when our worries turned out to be unjustified. So, as another New Year has arrived, let us hope that some of our worries again will turn out to be for nothing, and that the year 2017 will be a wonderful one.