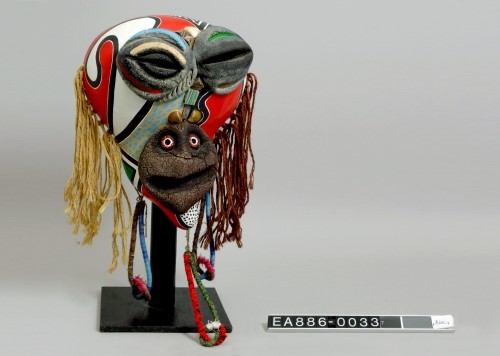 In the archive of the Ethnographic Collections, Moesgaard Museum, there is a file called “Tourist in the 1960s”. There are no artefacts related to the file, but the files bears witness to an interest in tourism in the middle of the 20th century. Tourism as a concept can be traced back millennia, and ethnographic objects were collected in the 17th, 18th, and 19th century by people ‘on tour’ such as missionaries, colonial officials, explorers, expedition members, and the like.

From the 1960s onwards, tourism became almost institutionalised. Charter holidays became popular among Danes, and loads of Danes went to concrete hotels in Costa del Sol in Spain or to small Greek islands. In the late 1960s and 1970s, hippies flocked to Afghanistan, Nepal, and India, where they could chill out. Later again, in the 1980s, it became almost obligatory for the youth to backpack around the world for at least 6 months.

All the people mentioned above could be labelled ‘tourists’, and most of the objects – big and small – that they brought home for the amusement of themselves, their family, and friends, can be called ‘souvenirs’.

So – the mask in the photo is from Brazil and was presumably collected in the 1990s. It was offered to the museum in 2011 – with a number of other masks and figures from around the world – by the brother of the man, who collected the souvenirs. The collector, Jesper Agerboe, and his wife, Anne Manthai, had both passed away, and now Jesper’s brother offered the entire collection of almost 70 objects to Moesgaard. Clearly made for the ‘tourist market’, most of these objects would probably not have been accepted in many ethnographic collections due to their lack of ‘authenticity’.

As the curator responsible for the collections in 2011, I had to make the decision as to whether to accept this collection or not. That raised some pretty fundamental questions about objects, relevance, and authenticity. Why do we accept certain objects in our collections and reject others? Objects and collections are accepted if they add knowledge about the world in an anthropological and or ethnographic manner. Ok!  So what knowledge does this collection add? As the archive file from 1960 (“Tourist in the 1960s”) hint, there could easily be anthropological knowledge in the ‘tourist experience’.