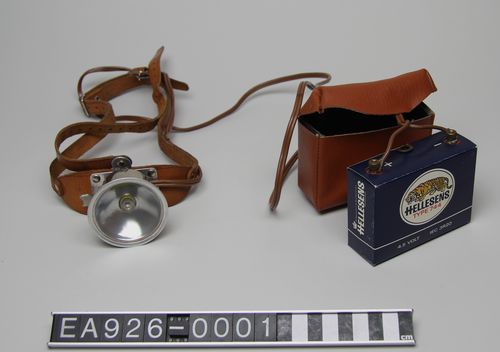 When I went on my first big trip abroad (a three month group trip to New Zealand and Thailand – those were the days), I remember snickering at the backpackers, who brought a head torch. I mean, it looks somewhat silly, having that thing strapped to your head, and, thought I, overly outdoorsy. Boy, was I wrong…!

Having now spent months and months doing fieldwork in northern Uganda, where electricity is unreliable at best, and mostly absent in villages, I came to know the value of my head torch. Freeing up a hand, which would otherwise have been occupied holding a torch, the head torch allows you to busy yourself with whatever you are doing, while your own personal beam of light follows you around. Simple, and effective:

Cooking without electricity? No problem – bring on a head torch and a few candles… (Photo: Sophie Seebach)

Brushing your teeth without electricity? Let your trusty head torch guide you to the sink… (Photo: Sophie Seebach)

In the Ethnographic Collections at Moesgaard Museum, we not only have artefacts collected around the world, we also have some objects belonging to the people who did these collections. Like this head torch, for instance. A much earlier and I must say more stylish, version than my blue plastic one, this head torch belonged to Lennart Edelberg. Edelberg was a botanist, ethnographer, and explorer, who travelled extensively on expeditions to, among others, Afghanistan in the 1940s and 50s. At Moesgaard, we have extensive and beautiful collections from these expeditions, and because of them Afghanistan in particular has become a continued point of interest and research at the museum. Moreover, having the personal belongings of the people who collected the artefacts adds another layer to our knowledge about the collections. And it adds a personal touch. If I go back to Uganda, and the power shuts off, just as I am about to write my field notes, I will don my head torch with pride, and think of Edelberg. Sitting in the darkness, fifty or sixty years ago, writing his field notes, his notebook illuminated by this very head torch.