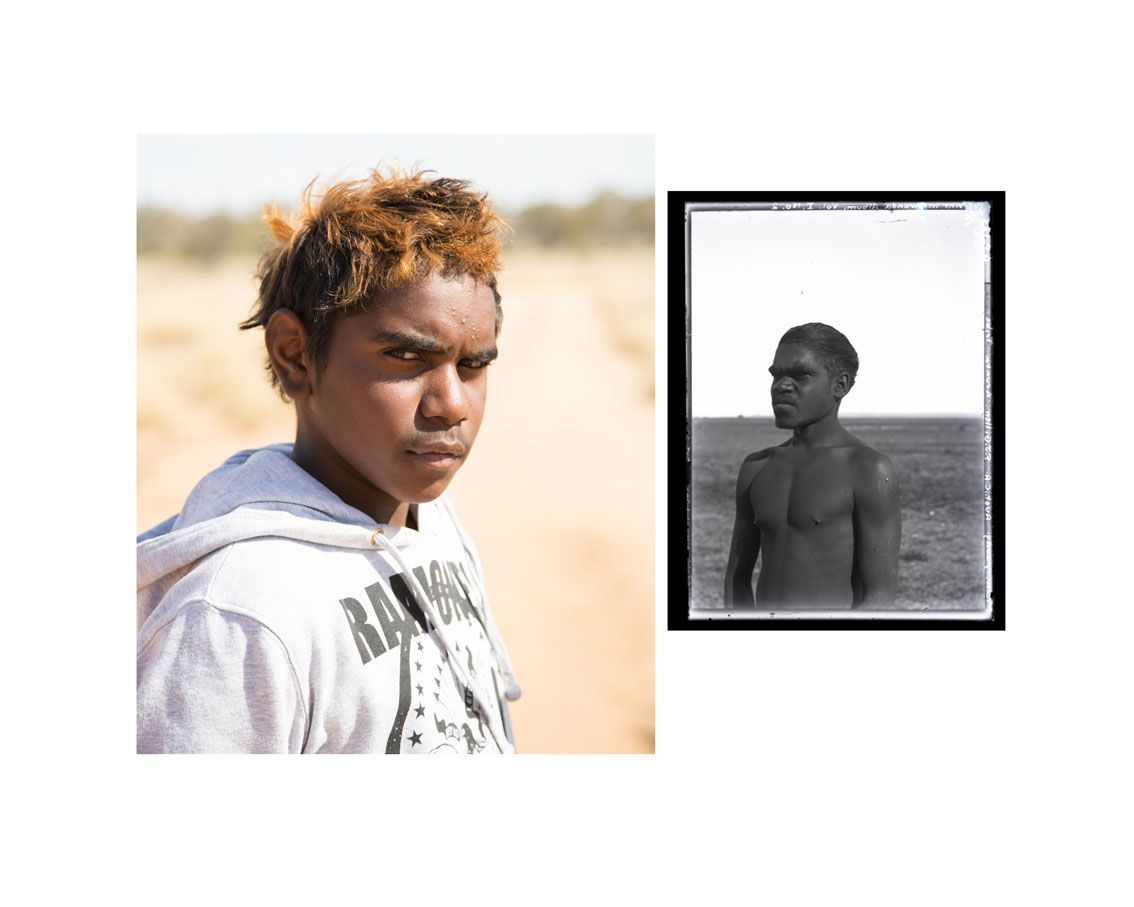 Do you know that strange realisation you have, when you see old pictures of your grandparents, or even great grandparents? And you realise that they too were young once; that they had this whole life that you know very little about? And that their world might have looked quite different to the one that you are now living in?

I am wondering what lies behind the sceptical look of this young man, who has just seen a photograph of his ancestor. His name is Kendrick and he is from Amounguna, a ’towncamp’ outside the city of Alice Springs in Australia. The old photograph was taken sometime between 1897 and 1902 by Francis J. Gillen, and depicts Kendrick’s ancestor, at approximately the same age as Kendrick is now.

The photo of Kendrick was made by visual anthropologist and filmmaker Christian Vium, whose exhibition Dialogues opens at Moesgaard Museum on the 3rd of February. Vium has travelled to Australia, The Amazon, and Siberia, bringing with him 100-150-year-old photographs, which he has introduced to the descendants of the people depicted in the old photographs. This has opened up dialogues about the significance of such images, about cultural encounters, representation, and colonial history, and also about the present-day situation of these three distinct indigenous peoples, from their own point of view.

What Kendrick is thinking, I do not know. Much has happened to his people and his community, since his ancestor posed for Gillen, more than a hundred years ago, and though they are connected by blood, these two young men are from very different worlds.

In the exhibition Dialogues, you will be able to explore these different worlds, through Vium’s photographs, juxtaposed to those of old explorers and photographers. And the next two weeks, ethnographica will feature examples from Vium’s work in Siberia and The Amazon.

Dialogues opens at Moesgaard Museum on the 3rd of February, and will run till the 27th of May 2018.