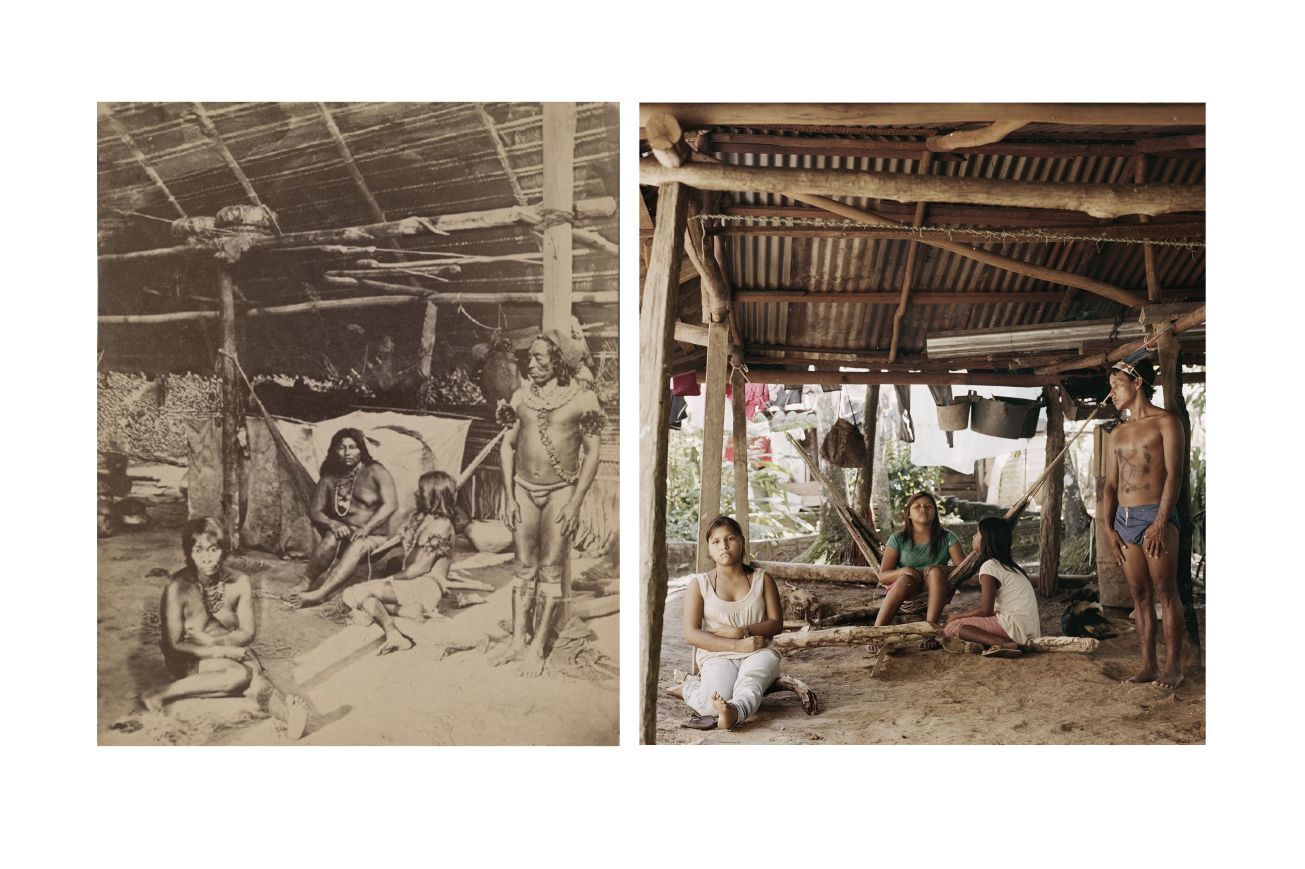 Last Friday, after some lovely speeches and a glass of bubbles, we were finally allowed to enter the new exhibition ‘Dialogues’ At Moesgaard Museum. In the darkened room, we were transported to dusty Central Australia, to icy Eastern Siberia, and to the lush rainforests of the Amazon. And we were transported back in time.

The last two weeks, we have highlighted photographs from visual anthropologist Christian Vium’s exhibition; drawing out a few individual tales from the many presented ‘Dialogues’. Now, as the exhibition is open for you all to visit, we end this little trilogy by focusing on this astonishing set of photographs. Two very similar situations, 150 years apart. I will let Christian explain, what you are seeing:

“Consisting of two photographs made in approximately the same location with 150 years in-between, this diptych was made on the second day of fieldwork in the Ticuna settlement Umariaçú, near the city of Tabatinga on the border between Columbia and Brazil. The colour image came into being as the result of a series of dialogues with Gentilo, the second chief of the settlement. An informal talk about the family life history based on a series of photos displayed in the home of Gentilo and his family led onto a spontaneous hour-long enactment of a foundational Ticuna myth (which I later discovered was a central component in French anthropologist Claude Lévi-Strauss’ detailed comparative study of myths). Once Gentilo had finished his ‘story’, I presented him with Albert Frisch’s photographs of his ancestors made in the same area. This led to a long and emotional conversation, which ended when we together made a new photograph bearing more than a little resemblance to the archive photograph from 1867. The entire event, in which Gentilo fundamentally questioned conventional understandings of time and reality, became one of the greatest revelations I experienced during the fieldwork I undertook for this research project”.

You too can see the photographs of Gentilo and his family, and of Kendrick and Old Afanasig and many others in ‘Dialogues’. The exhibition runs until the 27th of May 2018.