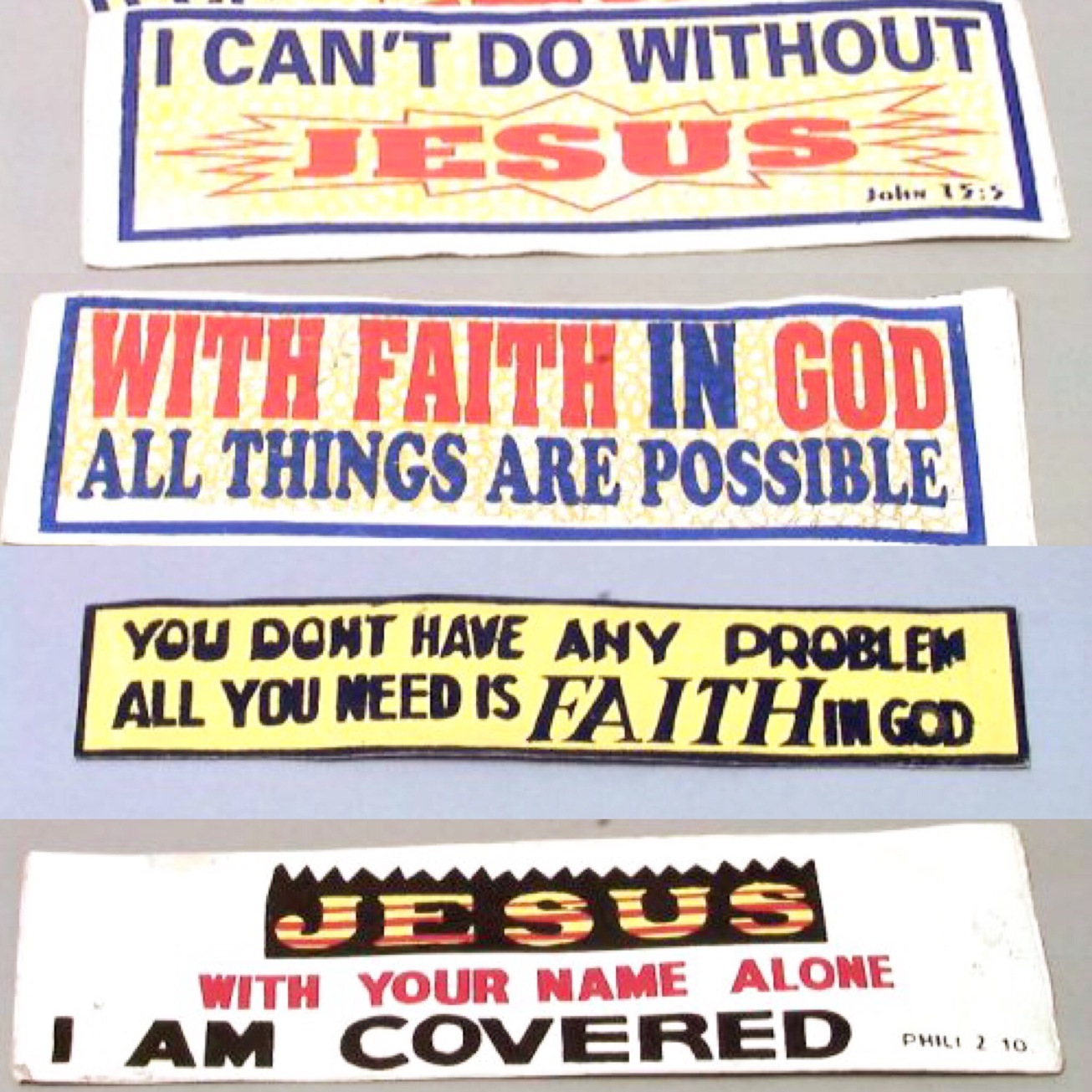 Driving on a motorbike in an African city is scary. During my own fieldwork in Uganda, I never felt threatened by people, rarely by animals (there was that one rat that bit my toe through a mosquito net), but almost always by the traffic. In towns and cities, I’d hold on tight and hope for the best as we’d weave in and out between cars, trucks, busses, and people, past potholes and carts of market wares. In the countryside, there would be roads slippery with mud in the rainy season, potholes that had turned into minor canyons, and goats, chickens, and school children on the road.

In honour of Easter coming up this week, I have decided to dedicate this blog post to how drivers of motorcycle taxis, busses, and trucks in some parts of Africa hand over their fate on the roads to Jesus. In our ethnographic collections, we have these fantastic stickers from Gabon, which might very well have been intended for the bumper of a taxi or the fuel tank of a motorcycle. And maybe, after having surrendered it all to Jesus the drivers of these vehicles ventured onto the roads a little comforted and secure in their own safety.

As a bit of an agnostic, I always found it slightly unnerving to get on a motorcycle taxi adorned with a sticker reading ‘Jesus is my co-driver’. But the humour and positivity often portrayed by these stickers always got my mood up.

I will end with a picture from my own fieldwork, which I took after a seven-hour bus ride from Kampala to the northern Ugandan town of Gulu. We came out of the bus and was the following quote on the back of the bus: 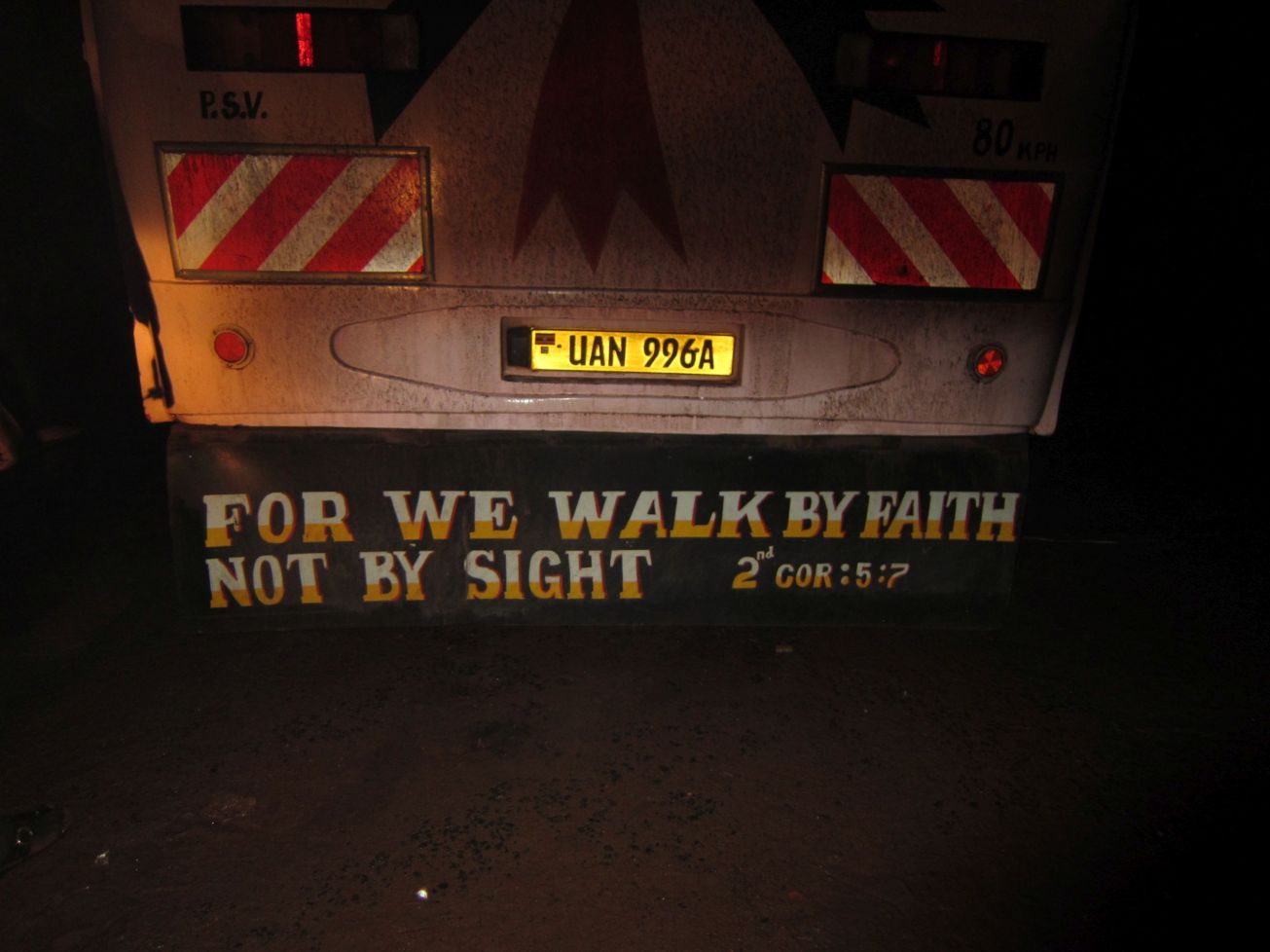 I sincerely hope the driver drove a little bit by sight as well, and not just by faith. But no matter what, he got us there safely!