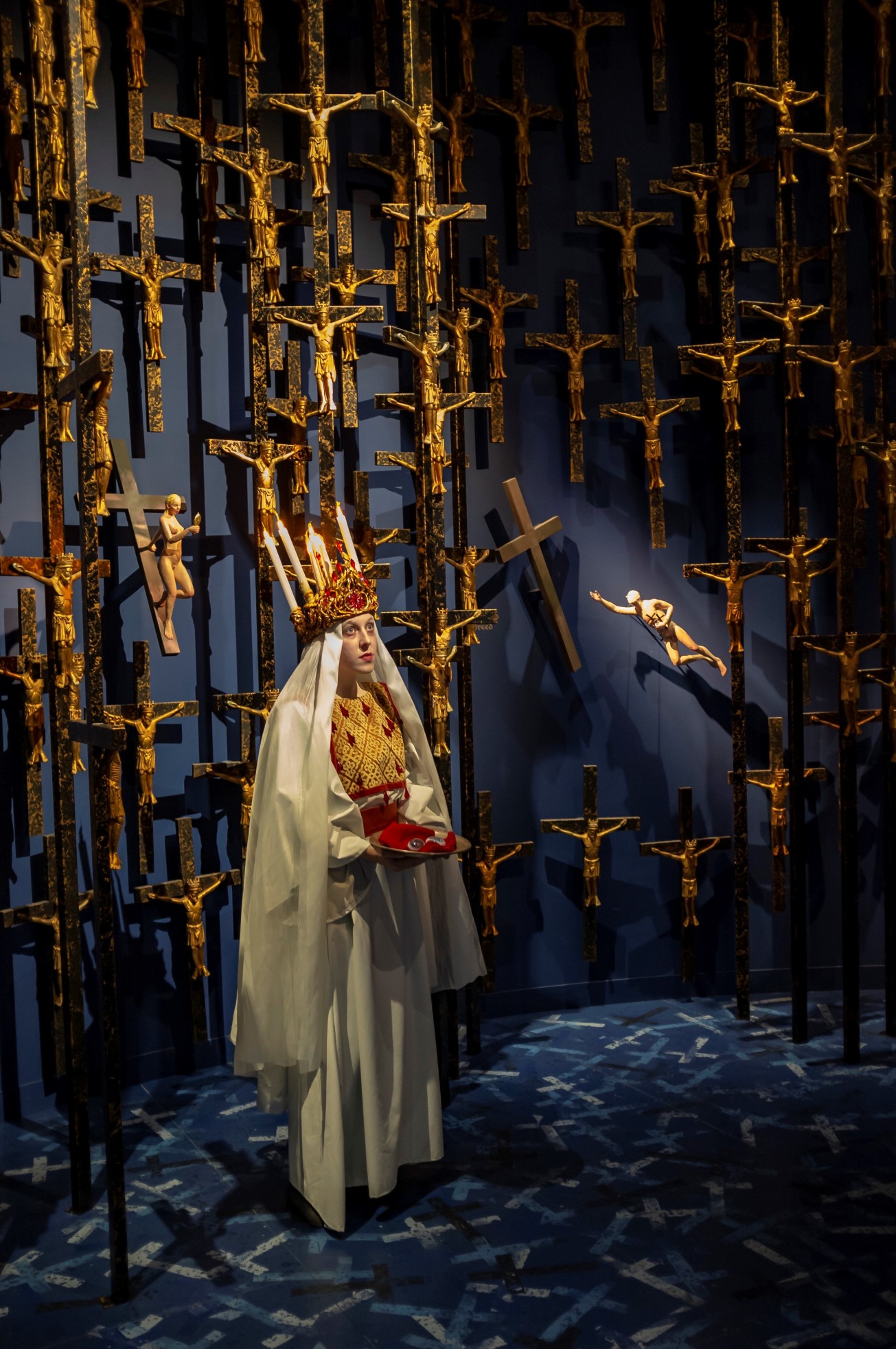 This week, we are diverting from our usual format. Instead of looking at an artefact in our collections, we are looking at a creature, which has been roaming the corridors and exhibitions of Moesgaard these past three Saturdays. But beware, the night is dark and full of terror – have you remembered to bring a candle?

There is a comfort to the thought of a burning candle in the darkness. Of the night and the cold being dispelled by the glow of a flame. Last week, children across Scandinavia walked in processions, candles in hand through schools and hospitals, nursing homes and churches, all in the name of Saint Lucy, or Santa Lucia. This tradition brings light to the longest night, and signals the brighter days to come (winter solstice used to fall on the 13th of December, according to the old Julian calendar, so in these ‘modern’ Gregorian calendar times, our celebration is a tad premature).

But while the Santa Lucia tradition might seem like a pretty straightforward Christian tradition, having been named after Saint Lucy, who according to some legends bought food to her fellow Christians, hiding in the catacombs of Rome, it does hide a more sinister pagan origin as well.

In Sweden, the pre-Christian witch or demon Lussi would rampage across the sky on the darkest night of the year, accompanied by a horde of goblins and trolls. Lussi and her wild horde would seek out those who had not prepared for Christmas and punish them horribly, and she especially loved to take young girls from their families, and bringing them with her. The sight alone, of Lussi and her demonic companions, was enough to drive any person insane*.

That this demonic entity became fused with the saintly Lucy might seem somewhat surprising. But the story of Saint Lucy is not without its morbid details. One does rarely become a sainted martyr by living a peaceful life, and dying a natural death at a ripe old age, you see. No, Saint Lucy, a steadfast Christian living in the last decades of the 3rd century AD suffered horribly for her faith, if the stories are to be believed.

There are several versions of Saint Lucy’s life and death**. But they all have in common that she was brutally killed. In one story, because she chose not to marry a pagan and instead divided her dowry among the poor. Later stories tell how she was tortured by having her eyes gouged out, or even that she did it to herself, to dissuade an ardent suitor who admired her beautiful eyes – or because she was sentenced to work in a brothel and wanted to make herself unattractive to patrons.

This brings us to one of the uncanny visitors, we have had at Moesgaard Museum these past weekends. There she was, candles burning bright in the crown upon her head, her blood-red sash around her waist. And in her hands, she held a plate containing two sparkling eyes… 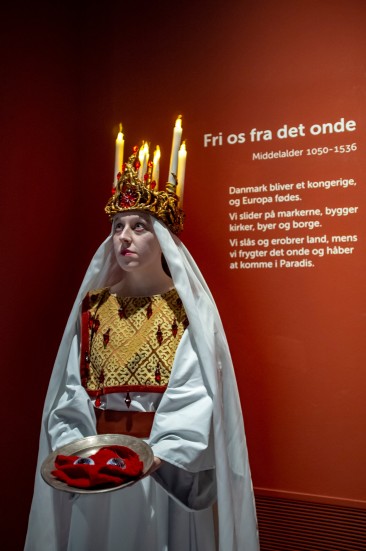 So, you still think this cosy tradition is all about candles and singing children?

*We found the story of Lussi in the book Julebestiariet/The Christmas Bestiary, written by Benni Bødker and John Kenn Mortensen.

**The story of Saint Lucy can be found in many different versions. We were especially inspired by https://www.kristendom.dk/indf%C3%B8ring/hvem-var-lucia.